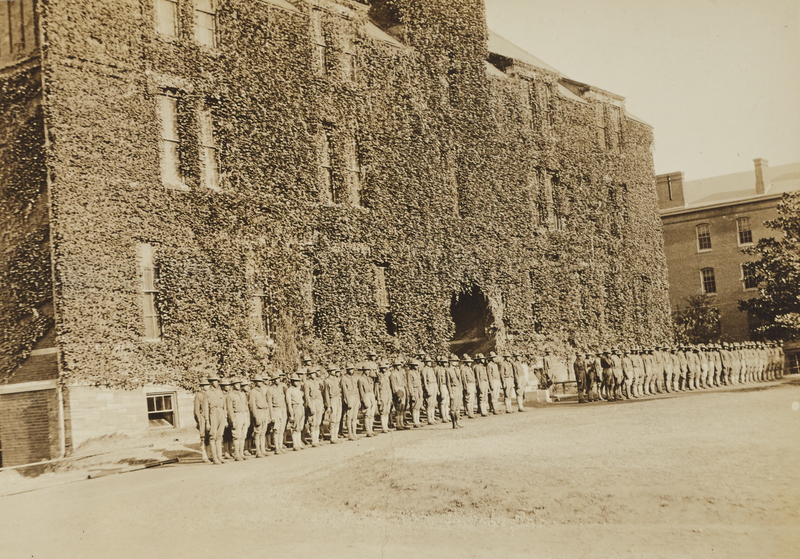 As an important institution for the development of an educated black elite in the city, region, and nation, Atlanta University’s contributions to World War I are most often remembered today in the form of the many students and alumni who would enter the Colored Officers Training Camp at Fort Des Moines and eventually become members of the elite group of commissioned African American officers (in total the university would produce some 27 commissioned officers).[1] These commissioned officers included the brothers Christopher and Hugh Wimbish who are buried at Oakland and had both attended the university before enrolling in the Colored Officers Training Camp and eventually attaining the rank of 1st and 2nd Lt. respectively in the 366th and 368th regiments of the all-black 92nd Combat Division. And beginning in the fall of 1918, like a number of other historical black colleges and universities throughout the country,[2]Atlanta University and Morehouse College hosted their own units of the Student Army Training Corps (the precursor to the modern day ROTC).[3]

However, Atlanta University’s contributions to the war effort went beyond only preparing those members of the "talented tenth" who would attain that rare rank of a commissioned officer. Beginning in the summer of 1918 Atlanta University hosted the “Army School of Mechanics” trainings for African American soldiers, with a detachment of 115 newly drafted soldiers attending over the summer and another 128 attending in the early fall.[4] Notably, while these programs utilized the physical facilities and administrative and teaching personnel of the Atlanta University Center, unlike the Wimbishes, participants in the Army School of Mechanics were being trained not to serve as officers but rather, like most African American soldiers in WWI, to  as non-combatants in Services of Supply (SOS) regiments unloading ships, maintaining equipment and vehicles, and building roads. Or as the Special Adviser of Black Affairs to Secretary of War Emmett J. Scott noted in Official History of The American Negro in the World War, the summer detachment was being training to serve as “bench workers, general carpenters, army truck drivers, blacksmiths.”[5] 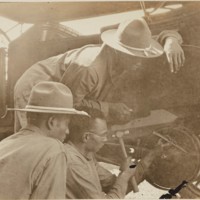 A Problem in Repair Work. 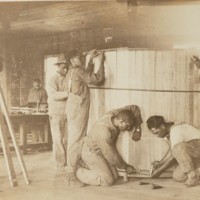 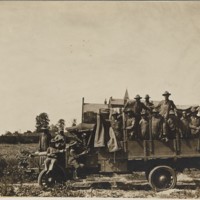 View of one of the Army Trucks. 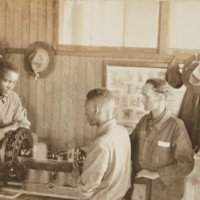 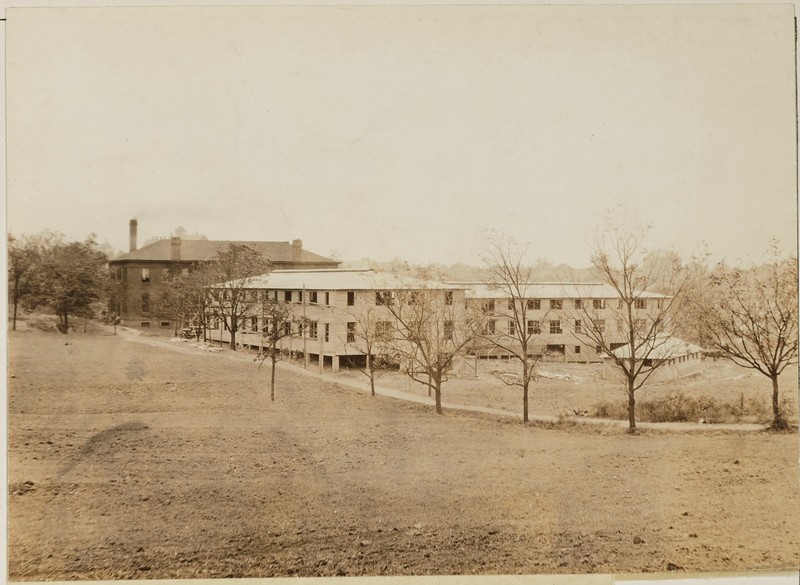 View from the Northeast of the barracks, nearing completion.

The success of these programs at Atlanta University led the War Department to call for their expansion, and construction was even begun on additional quarters to accommodate the incoming detachments who would be training while school was in session and the dormitories were in use.[6] But ultimately the war would come to an end in November before those barracks saw any use. Though the University's engagement in the War effort was short-lived, it nonetheless proved to be a vital connection between Europe's trenches and Atlanta's Black community. 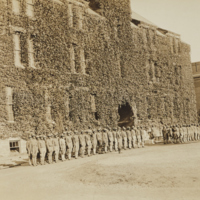